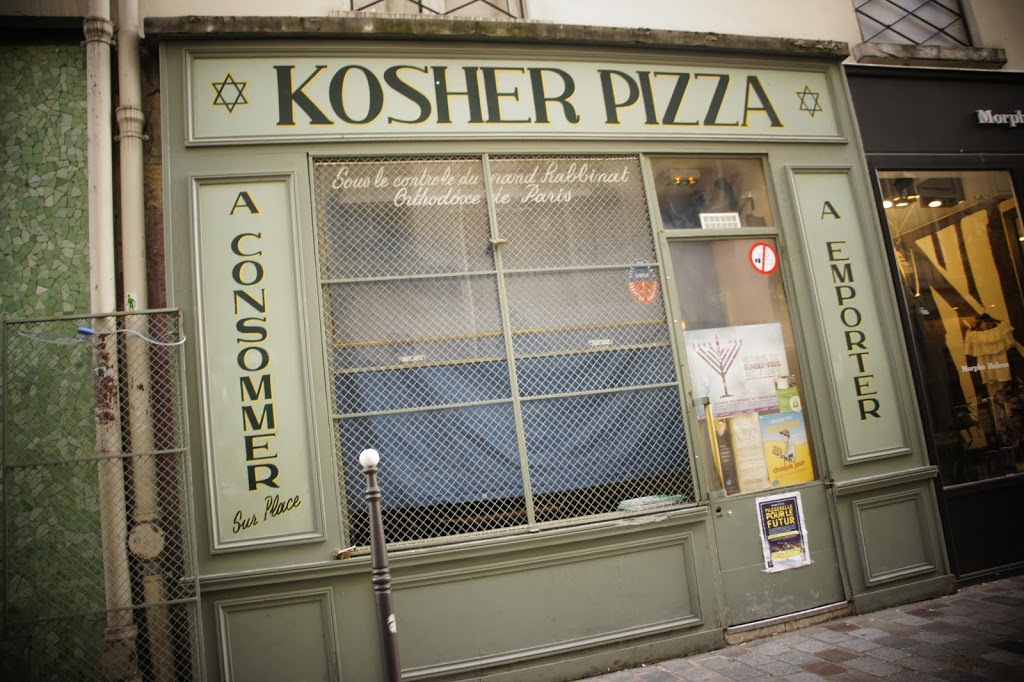 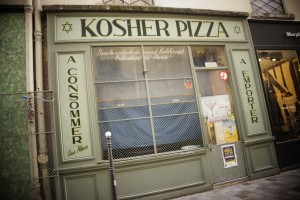 “This is not a museum,” the Rabbi said while I was taking pictures. It’s true; at the museum they don’t allow photographs. I was inside the Ashkenazi synagogue designed by the architect of the French metro. Inside, there were about twenty five people praying in the usual Jewish way: free to walk around as they please. The white bearded rabbi at the end, counted out the coins out of the alms cup and left a few inside to make some noise for the morning service. I pointed out a few shekels… How many people come there? About thirty. And on high holidays? “Mostly tourists, like you.” He didn’t seem to like me. The Sephardic rabbi didn’t like me either. “There’s a book like that about all the synagogues of the world, you’re making another?” “I guess so.” The Sephardic service had more rituals like beating of the chest and certain finger motions. There were a couple people who didn’t read like me. There were no siddur with English translation: “This isFrance.” One of the people informed me when I asked for an English translation. I could have stood up and sat down as the rest but what’s the point? I can’t read and even if I read I wouldn’t know what I was saying. God doesn’t need my prayers, I need my prayers and I don’t need to murmur words just to murmur out of habit. 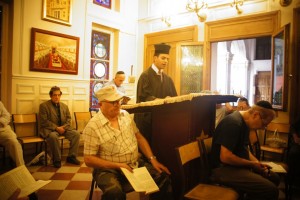 The inside of the synagogue was large and dark, with wood pews facing the cantor, dark red cloth covering the Ark and burgundy carpets on the floor. “Love your friend as you love yourself” was written in French in large letters above the women’s section on a white arch, as a white haired elderly man with a kind smile told me.  I believe his name was Mr. Kohn. 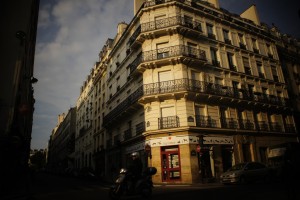 I would have gone to the Synagogue earlier, but an elderly woman came out of it  that morning and told me they are closed. A similar story I had received at another Synagogue, the main one where I came back at designated business hours where many people were coming and going and I was given the same response: “Synagogue is closed, come back on Friday.” “But I’m gone on friday.” “Sorry.”
The french Jews have always been French. No matter how many times the French kick them out, like the Ukrainian and American Jews the French Jews are French first and Jewish second. I have not figured out a way to approach them but if they are anything like my nieces, they are scared and temperamental at first but after some time they warm up and make farting noises as if you are one of the gang. Too bad I didn’t have that long. 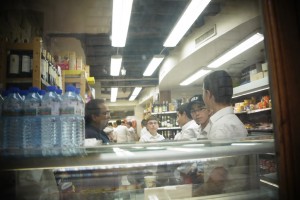 Before I left, I visited the Jewish Museum, which in French bureaucratic fashion was impossible for me to gain permission to take pictures on said day, and I visited the Jewish Quarter, where high priced clothing and jewelry stores are side by side with kosher stores, falafel stands and mezuzazed laundromats. The narrow street sandwiched between four story grey remains of a ghetto is busy fun and always something to see whether its falafel stand sellers hoarding the customers into their stand, beggars with kippas, pretty young girls with pita or orthodox kids weaving their scooters through the crowd tzi-tzi tassels flying in the wind, if not reminding others of commandments then at least reminding them that kids are cute no matter how they’re dressed.