Panama Jungles in a Metropolis 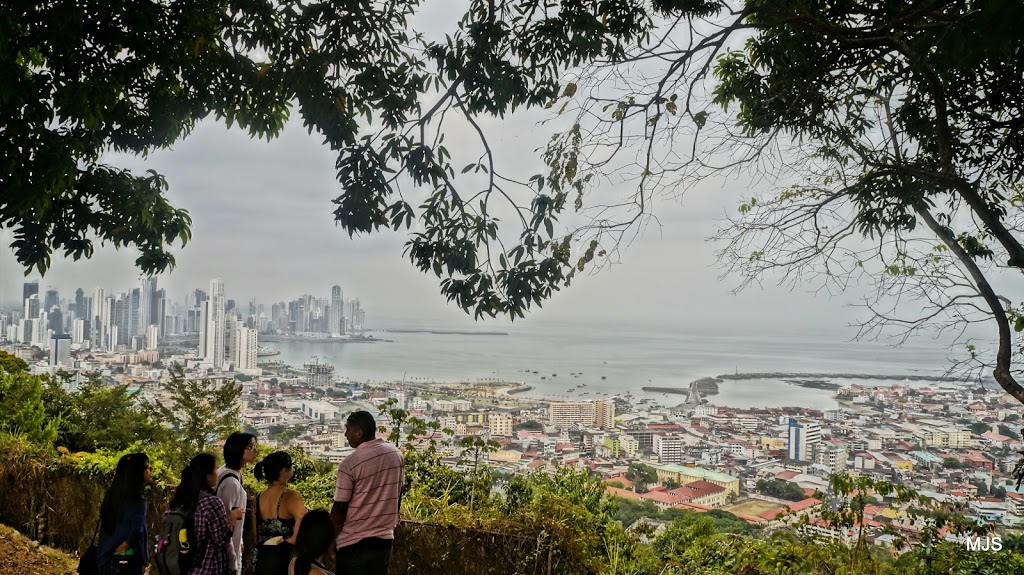 No matter what they say, Panama is not a Central American Metropolis. The square kilometer of half vacant high rises and one large mall does not make a Manhattan in most respects. Panama, for the most part, is still a poor central American Nation.
Banana farms break up thick jungles and tiny towns pepper the two coasts. The Canal, the man-made wonder of the world where a sixth of world’s trade comes through, has not benefited the people of Panama in almost a hundred years. Only now has it begun turning a profit which trickle down. After thirty years, the Panamanian government began reconstruction of devastation left by United States when ousting Noriega in the 1980s. Blocks lay waste and buildings stand barren and burned,  pockmarking the Casco Viejo. This battle ground is next to presidential palaces, tenements, hostels, boutique hotels, markets, brothels, posh restaurants and nightclubs. Nearby is a nature reserve with sloths and toucans. That is the real image of Panama: wealth, nature, poverty, destruction and life inside a tropical unbearable heat.

Here, Jews found refuge hundreds of years ago while hiding from the inquisition. They built secret churches, such as the one still standing in ruins in Casco Viejo. Its delicate wide arch demonstrated to the Canal engineers tectonic stability of the nation. Thus prompting the building of the canal in Panama rather than through Nicaragua.
As converso Jews melted into the black Caribbean and mestizo population, new Jews arrived after WWI and WWII from East Europe and Syria. The two communities live side by side as elsewhere in Central America. They live in the “foreigner” housing as Panamanians like to call the posh high rises. The high rises are near multiple synagogues so that the religious can walk to synagogues. In the area whole kosher strip malls close for holidays and Shabbat. Two large all kosher supermarkets are walking distance from each other and the one of them happens to be the largest kosher supermarkets outside of Israel. Even 7-elevens and Presidents own store chain carries kosher wine and kosher snacks. In Panama, one must not be religious about God, just about eating kosher. I met one girl at my hostel who was outcast from the community for being different. And being religious won’t make you Jewish to some, as Paula Harari told me that her Aunt, from Aleppo thinks one must be from Aleppo to be Jewish.
Rich Christian Panamanians attend Jewish schools and have Jewish friends but know better than to hope to marry a Jewish boy or girl. The community employs locals to guard the temples who are not as easy to talk to about going in. Everything is done through the central Rabbi. The Rabbi is a very busy man and very hard to get a hold of.
Chabad sometimes turns Americans without passports away, although no attacks have happened there security is still a priority. But sometimes they let us Americans through for Passover, when Jews from all over the world come together in the Bet El dining room for Seder. There you can find a Venezuelan composer who will tell you about violent life in Venezuela and Puerto Rico. You can chat with a Peruvian businessman about Jewish life in Lima. Or you can try speaking with Israelis, although good luck speaking to them if you don’t know Hebrew. Seems to me that with a lot of Israelis, if you don’t know Hebrew, you cease to exist. Maybe it’s normal to them because they are so used to ignoring each other. Most of the Israelis that travel tend to be those who were born in Israel, who speak only English and Hebrew. Although I am starting to see some Russian-speaking and Ethiopian Israelis travelling as well, which is encouraging.
The Rabbi at the Chabad, even if busy, will be happy to meet and speak for a few minutes in Chabad fashion. He will heat up some sweet potatoes and chicken and get you some salad even if rushing off for his home.
So what do Panamanians think of Jews? There is not much to think as there is little that they know. They know when they give Jews money for products and they know when they get money from Jewish businessmen when they work with them. They see Jewish SUVs and they see Jews walk to temples.
In Panama as in many other places in the region, Jewish people rarely interact with the poor. The rich do business with the Jews and there are some friendships here and there, but for the most part with such a large community, the religious keep to themselves while the secular integrate into the society. Unlike in other places, the secular are not afraid to admit that they are Jewish, they just don’t like to be associated with the Panamanian Jewish.
Why not? They consider it it is a club or a clique. The synagogues are guarded and one must have permission to enter, two Presidents have been Jewish and many other influential people. Panamanians see what Jewish people do as far as their impact on Panama but are the Jews really Panamanian? To most Jews and non-Jews they are distinctly Panamanian.
Like other Panamanians, they are self-assured and talkative. They are proud of creating a nice community where one can be a strict follower of Judaism. They welcome Jewish refugees from all over the world and enjoy their earned success.  Most Panamanians feel isolated with the world and maybe one day, Panamanians will find out about their connection to the world via Jews, about their unique Jewish community and as the two come together, they will value eachother. Panamanias will value Jews for the progress and Jews Panamanians for letting Jews settle in such a tolerant and prosperous place with beautiful beaches, lush rain forests and colorful towns that dot the isthmus of Panama.
Share on Facebook Share
Share on TwitterTweet
Share on Pinterest Share
Share on LinkedIn Share
Share on Digg Share

3 thoughts on “Panama Jungles in a Metropolis”