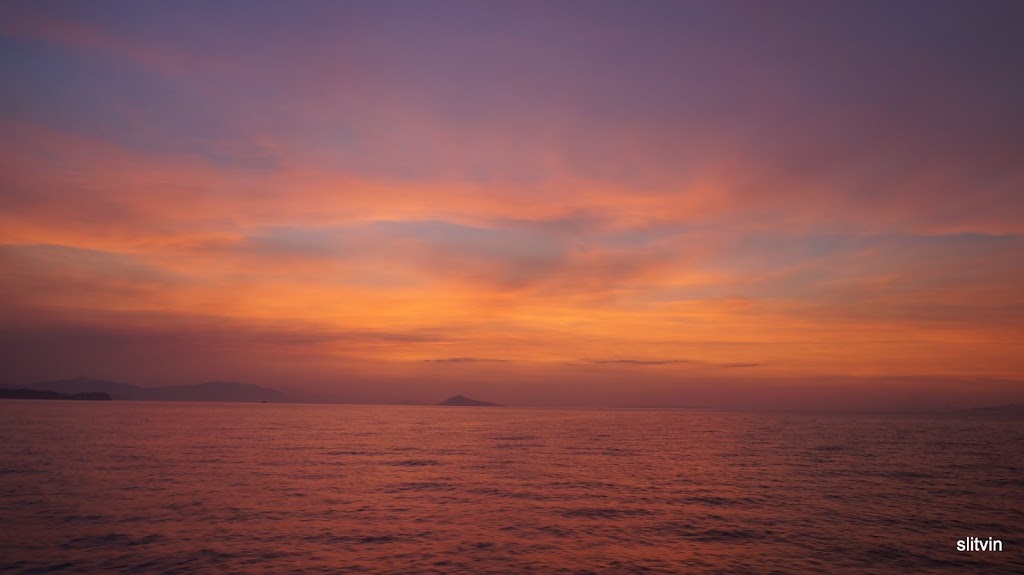 Edited by Clayton Beach
It was Havana, Havana I told all. I planned to get on a plane in Mexico City for Havana. Yet here I was in Costa Rica, amid 150 or so Jews during Passover dinner in the tiny town of Santa Teresa, on the north peninsula in the Pacific, six hours from San Jose. Ten years ago, there was nothing here when a band of Israelis got on a plane and set out for a beach patch near Mal Pais (literally, the Badlands). Only Israelis could risk a location with such inauspicious name.
Back then, it was almost a day’s drive to this quiet place on the Pacific. Ten years later, the town has spawned documentaries and a reputation around the globe. 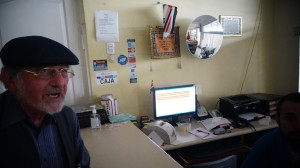 Costa Rica has a myth, that the key to its success, its uniqueness, its egalitarian society without a standing army and a lack of religiousness lies in its past; formed by Converso Jews fleeing the Inquisition in Spain, settling this small part of the isthmus at a time when it was the poorest and most isolated point in Spain’s quickly growing empire.
Over the years, they intermarried with locals and other Spaniards and blended with the population. Only a few families maintained close knit ties and practiced their Judaism in secret.
In Cortago, Oroso church stands as a unique monument to Colonial times in Costa Rica. Unique not only in being the only church left from colonial times but in that it is uniquely decorated with stars of David, Candelarias and facing the east so that “they may pray towards where they came from.” 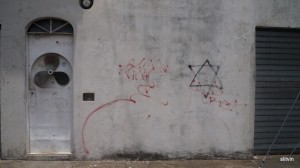 In San Jose, after WWII a new face of Judaism appeared from a couple villages in Poland. Ashkenaz found their way into Costa Rica and found themselves embroiled in a civil war. Shortly after, Costa Rica became one of the only countries to rid itself of a standing army and became a staunch supporter as nearly all other Central American nations of Israel.
The Ashkenaz community unlike Sephardim, were able to bring their culture and practices and built a Synagogue that is among the largest and most beautiful in Central America. Being Orthodox, they are enclosed by kosher shops set up by Israelis which used to include a kosher Burger King that is no longer there. Like Mexico, they are highly insular, requiring early permission to go inside and see the Museum and 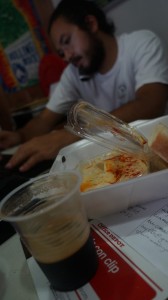 Brew master at Tico Birra, owned by a Cleveland Jew

Synagogue (albeit they do actually grant permission, unlike some in Mexico). For twenty years there has been Chabad, as well as a reform synagogue. Chabad is a nice little home in Escazu, the nice suburbs. The grey-bearded Rabbi Spalter is there everyday making sure to answer all questions with a warm and calm gaze. Going to Escazu takes an hour from center by bus, where one passes the National Stadium, a gift from China to the Costa Rican government for selling out their pride in democracy and calling Taiwan property of China for lucrative contracts. That is the face of new Costa Rica, slowly corrupted as they face an the onslaught of western tourists and investors, making the paradise expensive and preoccupied with work. Bad or good, I don’t know, but the level of life in Costa Rica is above that of its neighbors, where slums are few and far between and beggars are nearly no bother. Fewer food stands and restaurants and more stores selling goods is another sign of a growing economy and shrinking poor class. 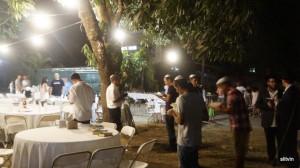 Davening before Seder on Santa Teresa

Perhaps this is why industrious Israelis found a home here. Presently, Israelis found a life, escaping the competitive difficulty of making a life in crowded Israel as do Americans, like the owners of Hotel Playa Ciello in Santa Teresa or TikoBirra, home brew supply house and school in San Jose. Yet even here a rift can be seen where Argentineans and Israelis fight for small patches of land and dwindling tourism as prices climb.
And in this cauldron, on Passover first night, I was surrounded by 150 Jews from all over the world with my Argentinean guest in Santa
Teresa. Where what started as a small colony of Israelis became a full fledged town with huge bars and even a small synagogue, where at one table I found two Ukranians, three Israeli girls traveling post-army and two surfing vegetarian software engineers. In the middle of the storm, like a wizard was the Morocan Israeli Adi, controlling the mayhem in her pristine white dress and a deep tan, the proprietress of a bakery, boisterous and full of Israeli and Moroccan spirit. There were the Israeli rabbi students sent by the Crown Heights Chabad, burning platters to make sure all was kosher, losing voice while reading the Haggadah to kippa and napkin wearing guests. There in Costa Rica, was Moroccan salads and chicken and beef and chicken, there in Costa Rica were Egyptian Jews, Yemeni Jews, Russian Jews, American Jews and of course, Costa Rican Jews. 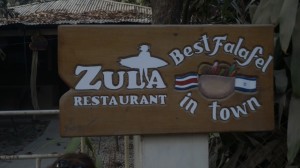 As I left Costa Rica, on a picturesque ferry with a magenta sunset over the bands of mountains separating the bay from the Pacific Ocean, a girl took pictures beside me. Her hair was curly like Shirley Temple, and she was traveling to Guanocoste, instead of being home where for Easter Friday her family prepared all food the day before and did no work the day after, as she had done for generations. There was a Converso Jewess, as I set out for Panama, and she didn’t even know it. We spent time talking on the bus ride to San Jose. Her beauty and world knowledge would have made her fit in easily in any American city. She had lived in the states before like many middle class Central American’s I’ve met. Costa Rica would be over for me in less than a day. In less than a day I would be in Panama. I had nearly cried last time I left Costa Rica, something that only happens to me in Israel. And now I see how Jews have made a home here and why they have been accepted. Living among the natives like brothers, sandwiched between two bodies of water, in a lush paradise. Their history may be a half a world away, but here they live as if they live at home.