Opinion: Morality of an Anti-Semite 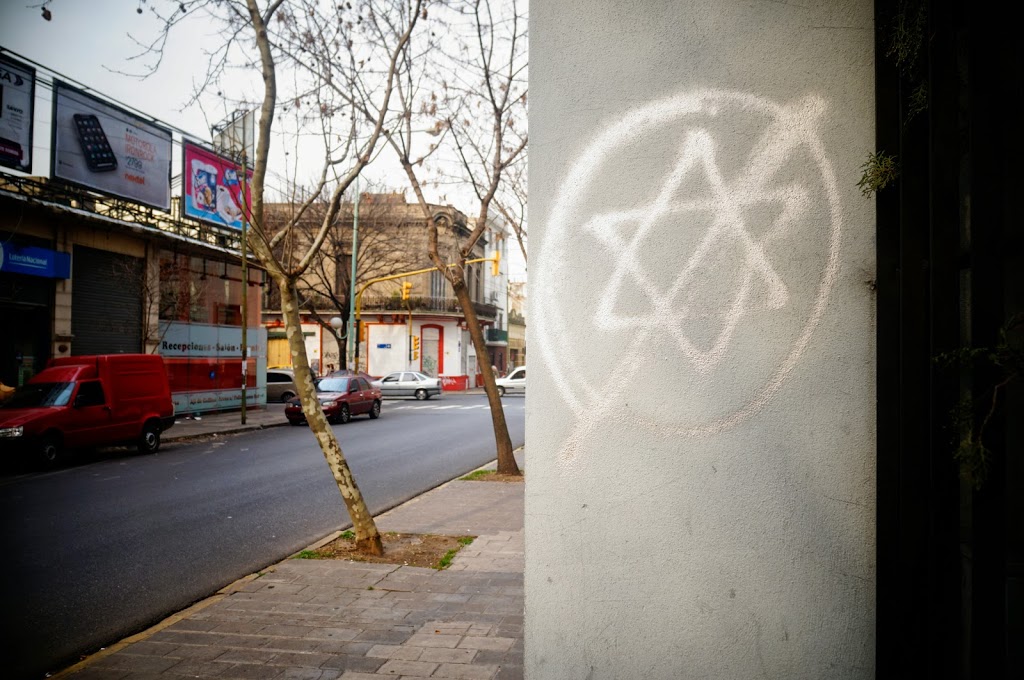 Daniel Goldhagen, a Harvard Associate Professor and writer said at the San Diego Jewish Festival to the effect of: “Anti-Israel? That is entirely unique in this world. Imagine Anti-Frenchism, Anti-England, Anti-Japan.. no one says that, it’s ridiculous. The concept to annihilate a country where people live. But with Israel it is perfectly OK to be Anti-Israel and be socially accepted.”

I often wondered why is it that when you talk to white people about Israeli-Palestinian conflict, no matter how rational the pro-Palestinian side is, their morality skews in a strange way. Somehow, the terrorists become irrelevant. History become trivial. Wars are forgotten. The focus seems to be: checkpoints, wall, settlements. Even though there are Arab villages, checkpoints protect all people from criminals and the wall has brought about security and safety. I think it is because at that moment, conscious and sub-conscious prejudices take over. It’s because even though most of us are white, we are not part of the WASP community and therefore unlike other races who can be easily differentiated we are a larger threat.

Because everyone is an outsider for the Jews the Jews are outsiders for all. It is generally assumed that for Jews, loyalty is with other Jews first and Jews assume that generally they are on their own, The divide exists. Thus it doesn’t matter what Israel gives up, the world doesn’t care because Jews are the competition for resources, for jobs no matter the good that they do. Because Jews are a free people they are a variable and one to be used but never depended on. Thus, for Europe and most of the Western world it is not about morality but Geopolitics, Palestine is a way for the World to place pressure on Israel for the sake of having pressure on Israel. No one cares or remembers the concessions Israel made, no one cares or remembers who started any of the wars. Israel will always be a tool for control of the Jewish diaspora.
Think about it, United States and the world did nothing to stop the Holocaust. Not one country attempted to help Israel in 1947 or any other war. Compare that to most other conflicts of the 20th century, Korea, Vietnam, Kuwait where huge coalitions were mobilized by UN or NATO and quickly went to help.. The world was waiting for Israel to die again and again and so no matter what Israel does, the world will continue to see Israel as the guy they love to hate. Why? Because Israel is that smart kid on the playground and no matter how many recitals he wins or what he places at the science fair, he is still a scrawny nerd and come 7am, he’s going to get picked on.
But that’s ok, we can take pride in this. We can realize that we’ve developed an insular protective culture precisely because of inability to depend on anyone but our own. And in the end, we can take note that it is far better to be hated for your achievements than to be ignored for your laziness.
And yet… billions of people around the world hate us without ever having met us. Millions of people, have never met a Jew and yet they crave for destruction of the Jew. Jews are too few in the world to even cause any kind of significant harm and yet, we are demonized across the globe. There is no place where a Jew can feel safe, even in United States there continuous anti-semetic rallies and acts of vandalism. What is a Jew to do on this huge planet? No other nation with so few people, has so many accomplishments and is so vehemently hated. Yes there is racism directed towards large groups of people, hate is usual for humans who have been tribal and afraid of other groups but Jews?

You can listen to Daniel Goldhagen’s interview about anti-antisemitism on Vox. Just scroll down to the bottom.