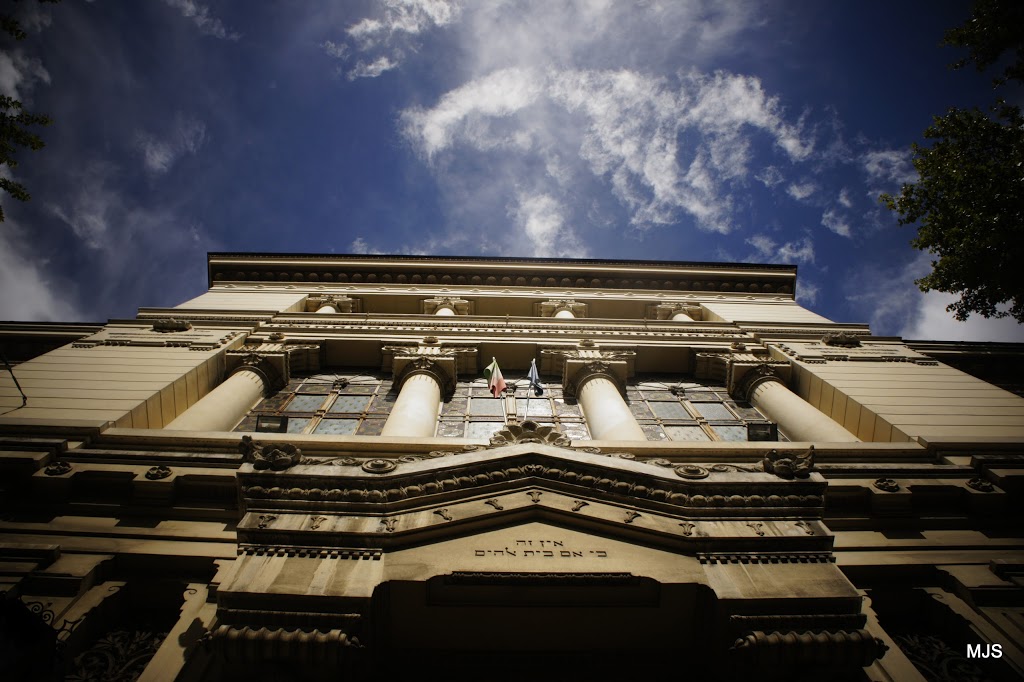 When in Rome, every street is a postcard. There, desire to stop and capture the city with the eye of a camera is never-ending. From old streets of Cesar to streets of the Vatican to those of the Medicis, it is not a city; but a living museum. Some of the greatest cultures converged in Rome and continue to converge today.

Few cities impacted Jewish culture as much as Rome and few cities have been impacted by Jews as Rome. This was the place that conquered Israel, rebuilt its Temple and ultimately destroyed the Temple and the country. This was the city where Jews and Christians fought together inside a Colosseum that Jews were forced to build as slaves and it is there that Jewish thought for the first time became an accepted philosophy of an entire empire in form of Christianity and thereby able spread quickly around the world. This was the city that sent legions of mercenary Crusaders to conquer Jerusalem from Muslims where they slaughtered Jews along the way. Rome followed in the inquisition, where after nearly a millennia of good terms with its Jewish population, it followed Venice in creating a Ghetto for the Jews, squeezing them into a smaller and smaller area on the banks of the often overflowing Tibris river, converging all the denominations into a single synagogue.

Main Synagogue of Rome is one of the few synagogues in the world where Romans, Sephardim and Ashkenazim pray under one roof. Here Jews from Spain escaped from Inquisition and here the Nazis were kept at bay from murdering thousands by the Church, the Pope, Mussolini and his Jewish mistress. Jews of Italy or Itakim, have lived and thrived in Rome for centuries through trade that streamed into the city from around the Mediterranean  Before some fled Ghadaffis Libya, and less than two hundred years before, they were forced to run naked once a year as fellow Italians threw mud at them as a spectator sport.

Today however, the Ghetto, near the Colosseum on the banks of Tibris, is home to a lively and touristy Jewish quarter where kosher food and Judaica can be purchased and Jewish history explored. Along the banks here are Jewish community centers and Jewish schools.

Beneath the synagogue is a museum where pictures are strictly forbidden due to attacks thirty years ago. Contacting the Rabbi is as impossible as talking to the gabai. When I attempted to speak to them by phone and in person, I was informed that my American accented English was not satisfactory. However there are other synagogues and Jewish areas around the city but unlike those in other cities, Roman synagogues can’t be found on Google. One must know someone and seek and look and if lucky, find.
Inside the ornate Synagogue with the unique square dome, you can see the distinctive Italian names on the cubby holders for talit and tefillin. The Jewish service is a song that is neither Ashkenazim nor Sephardi, a clearly unique Italian pronunciation  Women sit behind a small wrought iron gate with full make up while men sit bellow the giant painted dome that can be seen from Vatican and Colosseum.
The synagogue is gorgeous but when compared to the power and mass of Vatican it is negligible  and yet it is one of the only non-Catholic or old Roman structures that one may see in the city. In the basement, one will find the museum that features the headstones of Italian Jews past, the few surviving articles about congregation, tapestries, scrolls and all the things that describe the remnants of the once rich diverse history of the Jews that settled here again and again.

Rome took much from Jews, displacing them after years and years of inter-Jewish strife and creating the name that still haunts Israelis today: Palestine. At the same time it was the city that like with other good ideas by Etruscans and the Greeks, it adopted Judaism and introduced it to the world.
Romans are friendly in the streets and easy to talk to.  How can one describe Rome and its lush gardens, its aqueduct and old ruin lined streets, its terracotta buildings with shuttered decorated windows with green vines growing on the walls. One must think of its multi-ethnic populace, the fountains and traffic without traffic lights. It is a schlep inside a mess inside of a complete disorderly order. It is incarnation of chaos, just as Israelis like it. Italians are rude and yet warm, they don’t care for law and yet they create order and beauty by imitating life through perfect imperfection.