A Conversation about Holocaust Deniers 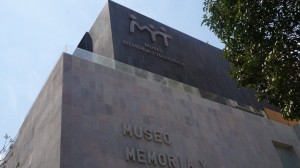 As I continue to couchsurf and meet people around the world, I find that chances allow me to uncover some taboos. For instance, as I stay with Olga in Mexico City and we discuss our travels, she tells me how she talked to an Argentinian Holocaust denier in Poland. We talk about how not all that is written is true, that just because someone wrote a book and talks about how Holocaust may have been faked without any evidence it only serves those who don’t like Jewish people based on envy and their own lack of any kind of accomplishment.
Some people think it is amazing that some may deny something so large, systematic killing of what purports to be the population of an entire megacity like Los Angeles is hard to fathom and hard to fake no matter how you try.  I would actually be really impressed if Jewish people could do something like fake 30,000 concentration camps, I’m not sure which is more impressive. The people that deny it do not speak with actual victims and it is easy for them to mask their hate. They try to say that Jews used Holocaust to justify Israel and what they don’t say is that Jews since Herzl had been creating Israel since beginning of the twentieth century and Holocaust was not used as a pretext but forced the Jewish people to recognize that they can no longer be at mercy of foreign governments and outsiders, that it was time to be free and with their own place in this world.

With that, I head out for another day in Mexico City to check out the Franz Meyer museum and the museum of tolerance.