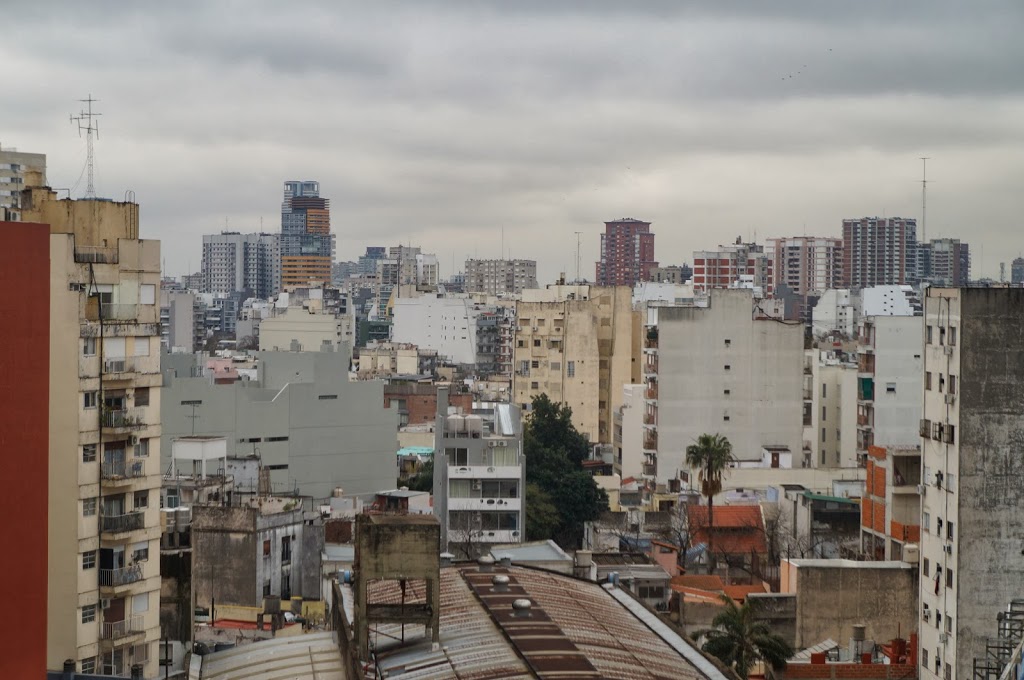 Thank you in advance for reading this article. If you like the article and the project, we’d love to keep in touch and we are always happy for any help.


Walking through the crisp winter air in the streets of Buenos Aires, you find walls and shop fronts sometimes decorated but often destroyed by graffiti. That is, when you are not looking at the ground, avoiding the dressed up dogs and their street gifts. But as your eyes wander up, you will find yourself transported to the streets of Europe: Paris, Madrid Rome. One side of the street will have a four story building with wide windows, tin roofs and small balconies of Paris and across the street will be tall narrow windows with Roman styled shutters. And like in the streets of Europe, every so often,  a familiar face will pass by that you may have felt you’ve seen in New York, Paris or Israel. Sometimes, that familiar face will wear a black suit and a hat or maybe just a kippa. The Jewish influence in Buenos Aires, is undeniable
But there is a question, how to define an Argentinian Jew? Well, first you would define them as you would a Porteno (Buenos Aires Argentinian); first is appearance, drinking Mate in the small cups with a thermos under the arm. You could also define them as looking good and fashionable. You could even define them having a little bit of that Gaucho (Cowboy) spirit: independent and rough. I would also define them Speaking Spanish like an Italian, proud and a little bit secluded, isolated and as South Americans who think of themselves an Americans or Europeans.
Now when you think of an Argentinian Jew, I’d say you certainly have all that, and then you would add the Jewish part like you would add salsa to a burrito or soy sauce to sushi. The Jews in Argentina are Argentinian and yet like Jews everywhere, rich or poor, they stress education, ambition, success and support of Israel. Some are religious, and they are visible, however, most are not. Many have integrated into society to a point of becoming unrecognizable and who would blame them, Jews in Argentina are the only people who have to fear for the lives in order to be who they are. After being the only intended victims of two terrorist attacks in the nineties, they have fortified all their institutions to the point of isolation from everyone in order to protect themselves in a way that is unthinkable for Christians or Muslims. As in other parts of the world, every time Israel does anything to get attention of the media, Argentinian Jews become the brunt of public anger as if they were Israelis, as if they have influence or say over what happens in Israel.
Many will tell you, that being Jewish is never easy. As a Jew, you are not really accepted regardless how integrated, or the amount of contributions artistically, culturally, politically or technologically. In fact, many would prefer that Jews contribute without anyone knowing who or why or how they contributed. This is why those who are able to handle it, stay Jewish and those that can’t, drop their Jewish ways of life and disappear into the Argentinian melting pot. That is how in the years since 1960’s, self-identified Jewish population went from 600,000 to under 200,000. But even though life in Argentina isn’t easy for a Jew, those that immigrate to Israel find the same problems when they arrive in Israel, the strife between various religious factions, the threat of terrorism, the salad bowl society as some call (“it’s not a melting pot, it’s a salad bowl, it’s not really mixed but it’s all in there.”)
And so, even if they move and Alijah to Israel, they return to the place where they have come to feel at home: Argentina. Because Argentina for Argentinian Jews is what it is for Italians, except instead of becoming Italians speaking Spanish, for Jews it’s Israelis speaking Spanish; and sipping mate.
So how did Argentinians and Argentinian Jews become the way they are? Well imagine a place far far from home, almost as far as you can get. Isolated by mountains, plains and oceans from everyone, surrounded by hostile tribes, barren and without many ways to survive. It is very much like the American wild west except there is far less help to find from the cities out East. This is the story of most Argentinians before they moved to Buenos-Aires, this was the story for thousands of Jews who arrived from the pogroms to nothing. Far from civilization, without land or tools to cultivate soil, they begging and starved. But Jews are most lucky when their luck seems the worst.
At this time, a wealthy Swiss-Jewish Baron, in love with Argentina, Baron Hirsch, heard of the plight of the Jews and did something that no other rich person does for his poor countrymen. He bought Jews land and virtually gave it to them. No rich Irish man buys his most poor Irish land, no rich French man would do so either, but the uniqueness of the Jewish culture was that a rich Jewish man, continents away, did so for them and for much Argentina, donating  his money, art and wealth to the country.

These Jews settling the Pampas were not farmers, but they persevered and instead of using their children as helpers, they sacrificed and sent them to schools and Universities. Soon Argentina was full of young, home grown professionals, working and pushing the country into the forefront of world affairs. Thus, in Argentina, in addition to adding another little piece to the rich fabric, Jews became an integral part by not only producing food and cultivating the Pampas, but by becoming lawyers, doctors and engineers that the country desperately needed. As the Jewish Gauchos would say: “We sow wheat and we harvest professionals.” Yet at the same time, Buenos Aires has given Israel its farmers, as the Jews who cultivated Argentina on land given to them by Baron Hirsch, later took those talents to later cultivate Israels swamps and deserts.

In a way, as isolated as Argentina happens to be, its one major tie to the world is its tie to the Jews around of world. Some might say that Argentina has a tie to Italy through Italians, or Germany through Germans except that Italians, like the Germans of Buenos Aires have lost their Italian and German. They lost their ties to ancestral home while Jews have family all over the world. Jews maintain their Hebrew, they maintain their culture through dozens of Jewish organizations and they travel all the world to see their relatives, connecting politics of Buenos Aires to the politics of United States, Israel and anywhere else Jews may have settled.

So when Argentina fell on hard times, and Argentinian middle class descended into poverty and the poor into destitution, it was these ties to the world that brought Jewish organizations like Joint Distribution Committee to prop up the middle and pull up lower class Argentinians. And so, career centers were organized, child care centers built, soup kitchens supplied, and medicine distribution centers developed.
But there was more than charity.  When no one would invest in Argentina, Hungarian born American George Soros, an Auschwitz survivor, land developer and billionaire,  came in and rebuilt the port district, he came into Once and built one of the largest and most extravagant malls in Argentina. Out of despair, help arrived and soon, Argentina was on it’s way back.
The city is not yet back, the graffiti on the streets is obvious and the apathy in Portenos is bad enough to not pick up after their dogs is depressing. But this is a country less than thirty years out of a brutal dictatorship. A country where voting was non-existent and speaking politics meant disappearance and torture and being thrown from a plane over the Ocean.


The people are only learning to have a voice through demonstrations. Those unhappy with politics or people, still take it out in a form of graffiti. Some blame Jews and  cross out Magen-Davids, and others draw swastikas and some paint Hitler mustaches under the lips of a Jewish Congress candidate. But things are looking better nevertheless. Here, the cardinal who is now pope visited the Synagogue for Chanukah and placed a plaque to the Jews inside the cathedral. Churches and synagogues set up food kitchens and Muslim kids and Hillel organize meetings and art lectures. And that Jewish conservative Rabbi candidate? Well he won the election.
So yes, it is true, Buenos-Aires is isolated, and it is time for their isolated secrets to leave and teach others.