Posted on October 21, 2013 by admin
Thank you in advance for reading. If you like the article and the project, we’d love to keep in touch and we are always happy for any help.

I take the etrog in one hand and the lulav palm branch in the other and shake them as the prayer comes to an end. “Why did I do that?” I ask Rabbi Wilhelm. “One is the religious Jews, the other are

the secular and you put them together and you shake them to bring the two together.”
“What a beautiful holiday” I think. This site has a better explanation of the holiday but basically, Sukkot it is supposed to remind you to do good deeds and be united with all Jews. It is hard to imagine a place better suited than the Bangkok Chabad for this. The Chabad is located on the most famous street in Bangkok, in the middle of touristy shops and bars, beside massage parlors with tourists sitting in chairs holding hands and receiving head and neck massages as people walk past them and buy drinks and exotic foods from food carts. Foods like amazing pad thai, crickets, chicken feet and scorpions on a stick. German and British college kids gather around these carts after their massages and binge drinking at bars and dare each other to eat one.
Down the street from the Chabad and perpendicular to Kao Sung street, is the Israeli street. It is lined with shakshuka and falafel shops as well as Israeli tour operators, bars and kareoke where you can hear Israelis sing Hebrew songs late into the night.

Thailand is what used to be an ancient kingdom of Siam. They are a constitutional monarchy and experienced years of military coups and instability. Their claim to fame besides a culture which created impressive Buddhist shrines in a country known for its rice paddies and beautiful coast-lines, is that like Ethiopia, it had never been colonized unlike its neighbors. It is proud to be free and you can feel that when interacting with the Thais. They are possibly to liberal sexually, liberal financially and they are serious about their national sport, Muiy Thai boxing and yet they are devoutly religious and quiet conservative as far as politics. Somehow, this confluence of attitudes has made this place a prime attraction for Israelis and the Thais seem perfectly at ease with the hippy yet rough and tough Israeli attitude and Jews have never felt out of place in a place that is a little bit out of this world.

There are three synagogues in Bangkok.  Main Synagogue, Beth Elisheva is in the financial center of the city near brothels, bars and upscale malls. The kind Rabbi Kantor is known far and wide for his open arms policies as he welcomes all and all feel welcomed. At the synagogue you can find business men with their families, young professionals, journalists, secular and religious. The synagogue is a two story nondescript building behind a large wall. On the second floor a beautiful wooden beema sits in the center of a simple Sephardi style room and like in so many other synagogues, a little girl with golden curls wanders around it while still learning to get a handle on walking.

In the front courtyard, is a large sukah and inside it you feel the essence of welcoming and integrative spirit of Bangkok. Bangkok is a city where tourists of all countries come to relax and unwind. All are welcome and the only thing you don’t hear, is politics and if you do, they are soon drowned out. One man from Israel, doing business in Jewelry sat across from me as we ate and told me about the problem that Muslims in Bangkok. He saw Arabs in an elevator and he wanted to kill them. I ask him why  “Because they try to kill us.”
“Here in Bangkok?”
“No, in Israel!”
“So here they don’t bother you?”
“No.” This attitude blew me away and yet it was nice to hear that Jews and Muslims can coexist.
“So how are you different if these people in the elevator did nothing to you and you have the same desire towards them as Arabs do towards you when you have done nothing? Maybe they feel the same?”
He thought about it as looked down at the mazza balls floating in his soup and said:
“Maybe… What are you doing here in Bangkok?” He asked switching subject.

And so you see it there, inside the Sukah: Ethiopian, Moroccan, Ashkenazi and Asian Jews eating, talking. Some live there like Daniel Pinus, escaping anti-semitism of Germany, some are passing through like journalist Danny Bull, but all behind one table, celebrating their culture in a land far from Israel.
The rabbi tells me to take lots of pictures and as I do, I see kids running around playing tag, families playing on swings, Rabbi’s wife chasing guests with Lulav and Etrog, bringing all together and everyone feeling like they belong. Even Danny, a journalist with AP whose family was from Syria, born in Guatemala, went to school in Miami and now working in Bangkok feels somewhat at home here as we rode on scooter taxis to a bar to drink with a gaggle of UN workers. Here, among the millions of faces who don’t wear kippas and don’t know the shma. Here he finds contentment because here the Jewish community is small and yet, it is all welcoming just like Bangkok. In the middle of the sin and chaos, you find that with freedom, there might be somethings that are bad but with it also comes love and acceptance. And that is what home is, even if it far from home. 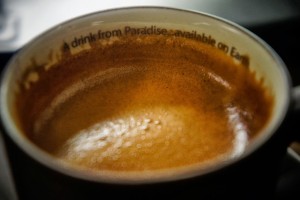