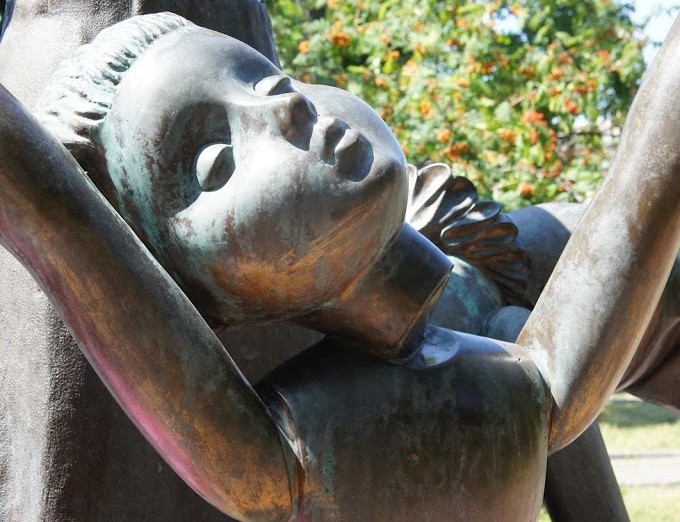 I fled Ukraine with my family in 1992 because we could. My uncle, had fled in 1980 and had a place for us in San Diego. He sponsored us and my parents, engineers, had skills in demand in US at the time and thus were able to get out and have a fresh start. The rest of my family didn’t have a sponsor or marketable skills, so they fled little by little to Israel. However many Jews stayed, and as times got better, continued to keep the Ukrainian Jewish tradition alive.

Many also returned from Israel and United States. You see they had networks and language and ability to make money in Ukraine. For whatever reason, either age or trade or family background, they couldn’t leave Ukraine or just couldn’t make it in Israel or United States. Regardless of what people say, it is only those who are most adaptable or who are geared for survival in US and Israel that make it. Some could not and so they came back to Ukraine. It was fine for some time but not anymore.

You see, Putin, has transformed Russia into a safer place than it was in the 1990’s at expense of freedoms which now require him to start a war. What happened to Russia can be seen as a direct parallel to Germany in 1930’s and 40’s. Putin’s approach is actually identical to Hitler’s approach, he actually admitted that Putin is his mentor of sorts to a group of rabbis visiting him which was shown on YouTube. If you compare the history of the two countries you can see this “mentorship” quiet clearly.

Just like Russia, Germany was a gangster’s paradise in 1930’s. Open war was in the streets of Berlin, economy was collapsed and Germans, so tired of a country pandering to the rest of Europe and complete lack of government or control took to a strong leader to create order. To create order the leader had to find scapegoats and quickly and violently put down any decent. However that wasn’t enough and soon to keep his grip on power, he had to send those who might be able to depose of him to war. Same with Putin, Russia was falling apart and he put it together by dismantling the press and creating a single party system while killing any dissenters or driving them to emigrate rather risk prison or death. It was good for a time but to keep control he had to pay the people keeping him in power so much that the economy grew but only as a result of exporting oil. When money wasn’t enough and social programs were not being solved since social programs are solved by having them be seen through an open and free press, his grip on sister nations like Armenia, Georgia and Ukraine began to lessen. He was able to go in and put down decent as he did in 2008 in Georgia and in 1999 in Chechnya. He blamed it all on America, gay Europe and Jewish Nazi junta of Kiev. But in Ukraine he failed and so to destabilize the country he had to go to war.

There was a ceasefire in Minsk signed in February. In spite of the cease fire, life is not back to normal. Russian army and separatists have taken over 28 tows. People stuck in the cities don’t have money to go elsewhere. There are no more jobs and there are virtually no more stores. Aid is sporadic because the Ukrainian economy and Russian economy is so broken, they can barely feed the people not in the conflict areas. So people affected by the conflict are not only in the middle of a war zone, they don’t even have food to survive.

I know some of those people. My cousins live in Moreupol, which is a port town that Russia is gearing up to invade this summer. They can’t leave because my uncle’s mom is too sick to make a journey and he refuses to leave her. This is reminiscent of the stories of many Jews who did not flee oncoming Germans, refusing to leave their elderly parents. I have friends in West Ukraine too, whose savings were wiped by the inflation and are now looking to find jobs in Israel and Poland. Their lives have been turned upside down. They will have to rebuild, but for now, they will have to eat.

Many of my Jewish friends in United States have roots that go back to Russia and Ukraine. They survived because American and European Jews helped them. It is time do the same for those who are still in Ukraine.  I hope they will join and help their distant cousins, those who kept the strong Ukrainian Jewish tradition going.  Those who were not lucky enough to have relatives here or the means to leave. It is time to support them as they stay and do not bend to the will of a dictator. Let us feed them and their children. Because you never know, tomorrow, they might be feeding us.

That was my message, here is Rabbi Beryl Frankel’s message:

As I’m sure you heard, recently, events in Ukraine have really spiraled downward. The most troubling to many of us is that the regular middle class families who led regular lives before the war, are now in desperate situations with barely any money to buy food to feed their children.
We are a group of Young Jewish Professionals from around the world who have teamed up to raise some very needed funds to help feed these hungry children. Our local team has set a goal to raise [amount of money] and we will be personally sending one of us to Ukraine to distribute the funds and food to the families in need.
Some info about Ukraine:
Since fighting broke out on Maidan Square in Kiev in February of 2014, followed swiftly by violence in the country’s eastern cities and eventually war, Ukraine’s economy has plunged. The Ukrainian currency, the Hryvnia, has plunged over 50% since the start of the crisis. Thousands have lost any economic security, their jobs, and even their homes. Many families and seniors literally don’t have food to eat.
Like everyone else, the Jewish population (About 300,000-500,00) has been hard hit. Families who only a year ago would never have considered asking for a handout now rely on any help they can get – mostly from their local Jewish community.
Adding to the problems is the refugee crisis. The U.N. estimates that over 1,000,000 people have fled the war in the east – this includes about 20,000-30,000 Jews. They have no central relief organization to turn to, aside from whichever local Jewish community they find themselves in.
And to compound the problem, whereas a year ago many of the Jewish communities were self-sufficient to some degree, that is no longer the case.
Although the JDC (the Joint) and IFCJ (International Fellowship of Christians and Jews) both provide much-needed aid, the JDC caters to a specific population (mainly seniors) and not too much the regular community. The IFCJ is mainly directed at refugees (although they do provide some assistance to most other communities)..
There is wide range of activities that the Jewish communities are doing to help. These range from medical programs and soup kitchens to food/financial aid distribution to families in need, depending on the city.
One program that exists across the board is community schools. Almost every community in Ukraine operates a Jewish community school attended by the vast majority of local Jewish kids, and the students are served hot meals. “Before the crisis, not everyone ate in school,” reports Rabbi Moshe Moskovitz of Kharkov. “Now, every child eats, as do the teachers and staff.”
The only qualification to receive this aid is need. Any member of the Jewish community can receive something.
And with the rising rate of inflation, the American dollar has the ability to cause great change in Ukraine. The cost of feeding a child can be as little as $2 a day. So assistance for the Ukrainian Jewish communities could make an actual, and very tangible, difference.

What I need from you is a commitment to become an ambassador to raise money for this cause. Anyone can be an ambassador as all it involves is promoting this on your social media, donating something however small, and passing the message along. This is unlike any other Jewish charity functioning right now because it’s not about recognition or ego or parties or finding a spouse. Basically you can take pieces of this message and e-mail it out to friends and recruit other ambassadors in your community. It’ll be an online campaign in which 100% of the funds will go to hungry Ukrainian Jewish children in need. I’ll keep you posted on details of the campaign as they happen. If you know any big donors who want to get involved, wonderful. Can I count on you to be an ambassador? recruit some people? Lets get this network as big as we can, global if possible, and do something profound for our brothers and sisters in need.

To get involved, please email me at litvins@gmail.com