Streets of Krakow are a Jewish Museum and markets are gift shops. You can see their synagogues, for five zloten. You can go and be amused by their funny letters on old buildings. You can even go to a cultural center where some of them perform for you their songs that had been invented in Poland. You can go to buildings where you hear of how they were kicked out and how they had perished. You can even see some of their traditional plots. Sometimes you can spot one or two, these come from far away lands to look at the museum of the Jews like others. They go inside the shops and markets and buy the funny Jew figurines, they buy the armbands from Holocaust and they buy back some old trinkets, plundered from the 100 synagogues that used to be. What about the living Polish Jews? Oh they are not there, there are a few that feel Jewish but they don’t have to be. There are some Friday services for Jews, inside the museums of art and synagogues for Jews who pass by and for a few Jews that somehow got lost and settled inside the museum called Krakow; confusing it for a real Jewish city. There non-Jews feel free to enter and be part of the diorama and discus the new Polish Jewry. Krakow a spectacle of a city that got rid of its Jews and now shows the world how it did it and makes money off the memory. Even the Orthodox Jews that come here as tourists and wonder the narrow streets are oblivious to their contribution to the museum called Krakow. 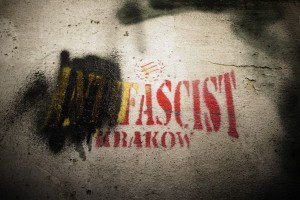 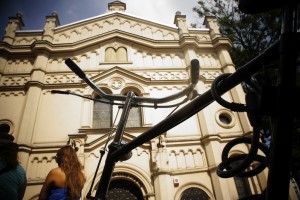