Posted on June 19, 2012 by admin
It was 1942, and the Jews from Portugal, Spain and England that escaped persecution by way of Poland were among hundreds of thousands living and prospering in the area of conquered Russian Prikarpatye. Inside it was a small city, nearly 300 years old, Stanislav, with over fifty synagogues, yeshivas and a Jewish population that lived there since the start, invited by King Pototsky. So integral to it, that at founding of the city, the flag displayed a Jew sitting on a bushel next to.
Then Hungarian army showed up, running from the Nazis. They said to Jews to run  but Jews didn’t even think to. They survived the famines and the Soviets and the pogroms of early 1920’s.  This time they would not.
Germans came and rounded up the Jews into a ghetto. But so many Jews lived in the area that to fit them all  they had to take them to the forests. Surviving locals said machine gun sounds filled the air and would not stop for days. Then more were brought into the ghetto from surrounding towns and more were taken to the cemetery and forests never to return.
I sit inside a room, that was the ghetto, I went down the unpaved road to the cemetery, I went inside the grey walls of insane asylum that used to be the torture house, into it’s quaint green courtyard as lightning struck around me as if God was angry, at being reminded of a memory he hoped he could forget. We drove up to a bank of a man made lake, famous for the rashes it gave bathing children and I looked upon the “lovers’ island”, beneath the soil where thousands upon thousands lie still today. And we drove down streets, where instead of light, bodies hung dangling on street light posts.
What evils do, men do when ordered, what evils men do when they choose to not see humans, and loose humanity within themselves.
“They left in sixties, then in seventies and then the last left in the nineties.” Said Boris the Professor and Policeman of the last Jews that left this Jewish town.
“And then one year, I was at the cemetery, and a delegation came from Israel with flags and I straightened out like a soldier, and gave a salute to the puzzled men who by me passed.”
“I come here often,” he said to me “To this cemetery. When I need help, or have a difficult decision. They speak to me here. They help me out. Sometimes they laugh at me.”
“When I was a kid, hanging here in sixties, the ground would be in patches of blue and green where phosphorus of mass graves to surface would come up.”
“The hundred thousand dead is just a guess. The Soviets were not too keen to figure out. They’re digging still and there is much more still to dig.” 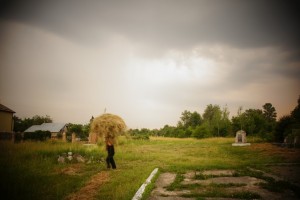 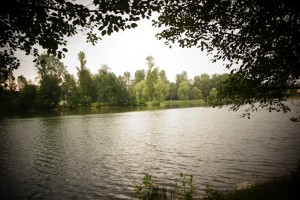 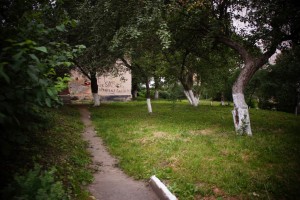 There ahead of us, bellow the rose colored rain clouds, inside the long grass that came up to waist, were hidden graves, and rubble of the headstones used for German driveways and for roads. And trees and branches took over other graves, concrete crumbling at edges. A headstone lay buried in the grass, a bullet crater in the granite where name of man that died in 1939 had used to be. We left in hurry, G-d was angry, the lightning started to surround this sad and sacred place, and thunder thundered, and tears began to wash the pavement and all the dead began to drink. 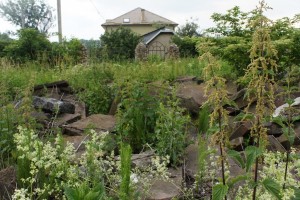 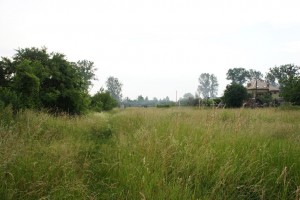 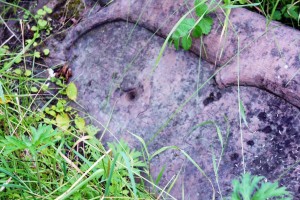 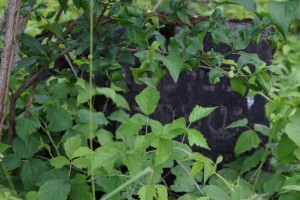 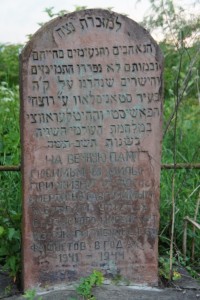 One Response to Ivano-Frankivsk.. or Stanislav of 1942..