The Plank That Made Me 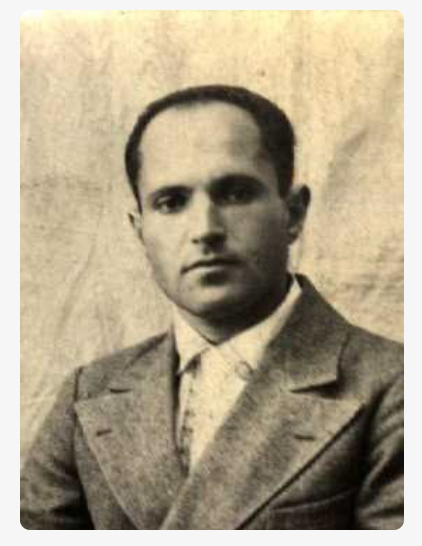 In December 1941, my uncle was born. My grandfather was not there, he was already at the front, working on fixing airplanes. Even though his education and work were trains, a machine is a machine and he was put into the Ukrainian Army in charge of fixing planes coming back from the battles.

In 1942, he was at the front, fixing planes, often at night, as they were being shelled and bombed by airplanes. 1942 was still a time of Blitzkrieg and non-stop retreat by the red army. They were being overrun, shelled, and facing constant bombardment. There were four planes that needed to be fixed. My grandfather could have left but he ordered that the planes be hidden with camouflage and he fixed the planes. Now he was finished with the last plane. At this moment, Germans ride in on motorcycles.

What to do? Well, he can’t fly in the plane because it’s an Il-2, there’s no space for passengers. So he gets into the bomb bay and the plane takes off as the Nazis chase them. Now back in those days, a bomb bay on a light bomber is not something one would trust. So my grandfather had to hold himself in a plank position for the duration of the flight.

I don’t know how long that flight was, but I imagine it was more than a few minutes. I know that if he had been captured, as a Jew with “Jew” in his documents, on his face, and in his pants, he would have been killed. I know that if he had fallen out of that bomb bay, he would have been killed. And if he was killed, my father would not be born in 1957, and so neither would I or my sister, or my daughters.

I have many stories like this, that if not for A, I would not happen. But I thought I would mention this story, to talk about about the Jewish soldiers like my grandfather, who fixed hundreds of planes, at night, under fire, to make sure that we won the war, that Hitler didn’t win, didn’t kill all Jews and enslave the world. My grandfather was born in Uzbekistan, he was a mechanic working on planes. Making sure that the army had working planes to go after the Germans. Anyone can carry a rifle, some can fly a plane, few can fix them. Thus he went from battlefield to battlefield. He was in Stalingrad, Kursk, Kiev, Lviv, Warsaw, Prague and Berlin. He would go on to be the head of one of the largest factories in Ukraine and obviously, have children and grandchildren who would write about him.

Sometimes it is the small people that make a difference and a small action that has the greatest importance.