What’s up with that Star of David and the Candle Holder? 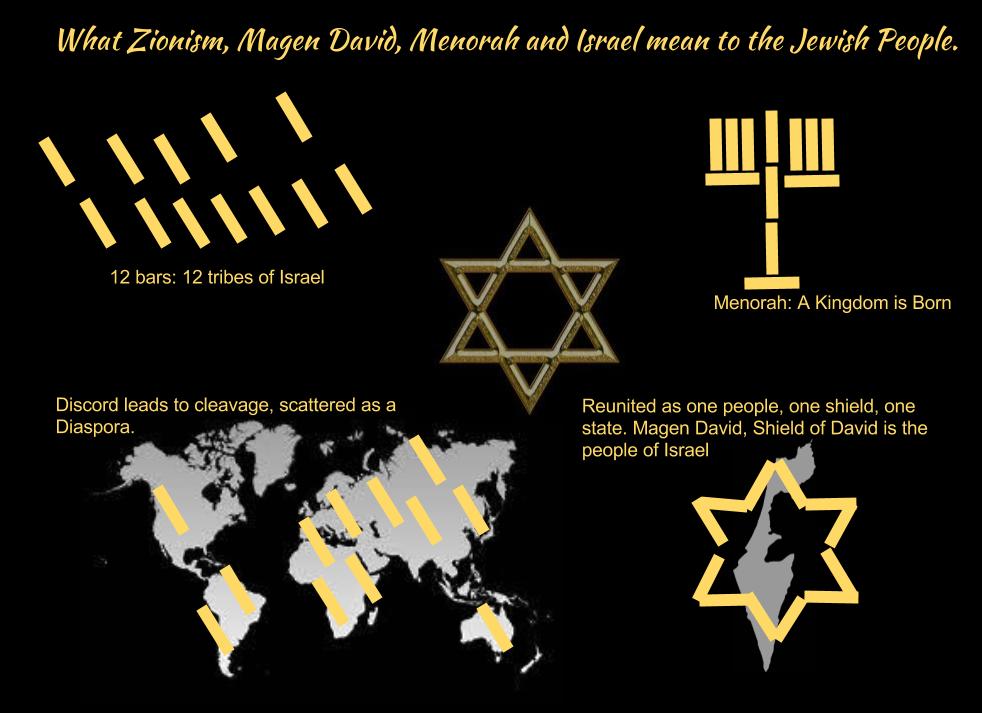 I love memes. I love them so much that I sometimes make them. As I was making one about religions, how they could all fit into one menorah, I realized that if I disassemble the menorah I can make the star of David. Star of David is actually the Shield of David: Magen David. To do this I needed to first take apart a shield of David. I realized I had 6 points which equates to six candles but then I also had the 12 sides which equated with the 12 tribes of Israel. From this I could actually see the history of Jewish people. The 12 bars which can be the isolated 12 tribes that came to be the first nation of Israel. Being one but not together means that they were easily conquered again and again until the menorah was completely broken and the Jewish people were spread out as Diaspora across the world where they were even more vulnerable, even less safe, even more prone to attacks. Until they came back together, not as a menorah, but as the Shield of David, all relying on each other, all together as one, an attack on one is an attack on all, keeping each other safe no matter what the attack or the danger.  That’s when I realized that it looks just like the Israeli Defense Forces shield.

And thus came about, my story of the people of Israel, of Zionism, of Menorah and the Shield of David.