Why Jews Are Leaving France 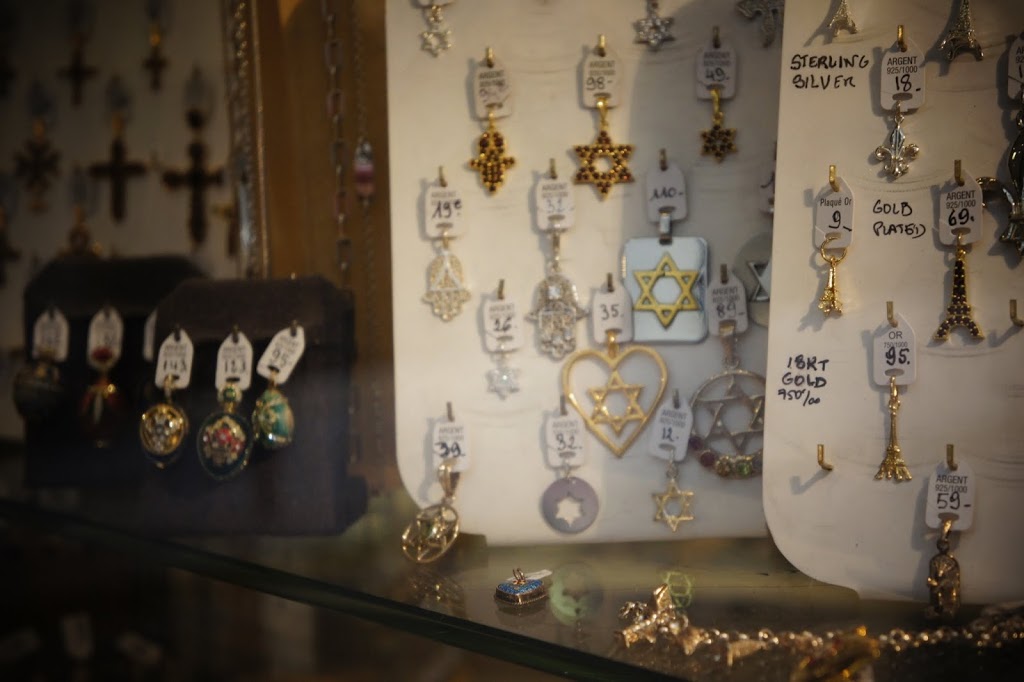 I recently got a comment on a thread on Google+ where these days there is so much anti-semitic banter it is a little shocking that a site made by a Jew would be used so much by anti-semites. Then again, it is not that anti-semites ever stopped using Jewish labor or products, it is just that they resent Jews being compensated for it as if they expect Jews to be slaves of some sort… So here is a correspondence between the commenter Mina Levin and her friend about what is going on in France, how French government unlike that in Germany does nothing to stop the violence which reminds us that French government even in time of war had no qualms with deporting Jews to “clean” their country of the inhomogeneity.

France
Once again, the real news in France is conveniently not being reported as it should.
To give you an idea of what’s going on in that country where there are now between 5 and 6 million Muslims and about 600,000 Jews, here is an E-mail that came from a friend living in France …
Please read! “Will the world say nothing – again – as it did in Hitler’s time?” He writes: “I AM A JEW — therefore I am forwarding this to everyone on all my e-mail lists. I will not sit back and do nothing.
Nowhere have the flames of anti-Semitism burned more furiously than in France …
1. In Lyon , a car was rammed into a synagogue and set on fire.
2. In Montpellier , the Jewish religious center was firebombed;
3. So were synagogues in Strasbourg and Marseilles ;
4. So was a Jewish school in Creteil – all recently.
5. A Jewish sports club in Toulouse was attacked with Molotov cocktails
6. On the statue of Alfred Dreyfus, in Paris , the words ‘Dirty Jew’ were painted.
7. In Bondy, 15 men beat up members of a Jewish football team with sticks and metal bars.
8. The bus that takes Jewish children to school in Aubervilliers has been attacked three times in the last 14 months.
9. According to the Police, metropolitan Paris has seen 10 to 12 anti-Jewish incidents PER DAY in the past 30 days.
10. Walls in Jewish neighborhoods have been defaced with slogans proclaiming ‘Jews to the gas chambers’ and ‘Death to the Jews.’
11. A gunman opened fire on a kosher butcher’s shop (and, of course, the butcher) in Toulouse, France
12. A Jewish couple in their 20’s were beaten up by five men in Villeurbanne -France (the woman was pregnant).
13. A Jewish school was broken into and vandalized in Sarcelles , France ..
So I call on you, whether you are a fellow Jew, a friend, or merely a person with the capacity and desire to distinguish decency from depravity, to do – at least – these three simple things:
First, care enough to stay informed. Don’t ever let yourself become deluded into thinking that this is not your fight.
I remind you of what Pastor Neimollersaid in World War II:
‘First they came for the Communists, and I didn’t speak up, because I wasn’t a Communist
Then they came for the Jews, and I didn’t speak up, because I wasn’t a Jew.
Then they came for the Catholics, and I didn’t speak up, because I was a Protestant.
Then they came for me, and by that time there was no one left to speak up for me.’
Second, boycott France and French products. Only the Arab countries are more toxically anti-Semitic and, unlike them, France exports more than just oil and hatred.
So boycott their wines and their perfumes
Boycott their clothes and their foodstuffs.
Boycott their movies.
Definitely boycott their shores.
If we are resolved we can exert amazing pressure and, whatever else we may know about the French, we most certainly know that they are like a cobweb in a hurricane in the face of well-directed pressure.
Third, send this along to your family, your friends, and your co-workers. Think of all of the people of good conscience that you know and let them know that you – and the people that you care – about need their help.
The number one bestselling book in France is…. ‘September 11: The Frightening Fraud’ which argues that no plane ever hit the Pentagon!
PLEASE PASS THIS ON. LET’S NOT LET HISTORY REPEAT ITSELF! THANK YOU FOR YOUR TIME!﻿